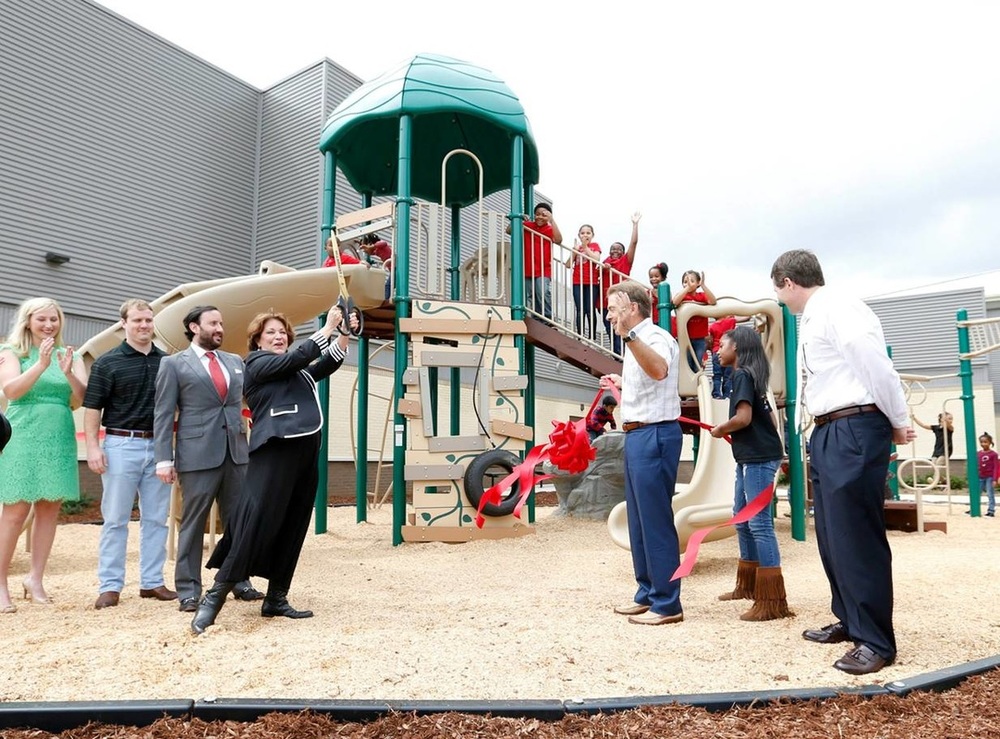 Courtesy of al.com
The Alberta School of Performing Arts was destroyed by the tornado that ravaged Tuscaloosa on April 27, 2011.
The school was rebuilt, and reopened earlier this year. With the help of Alabama coach Nick Saban's nonprofit organization, Nick's Kids, the school will have a new, state-of-the-art playground.
Saban and his wife, Terry, were at a ribbon cutting ceremony for the playground Thursday.
"[The Sabans] have done so much for our community, both known and unknown, as it relates to our recovery," Tuscaloosa mayor Walt Maddox said at the ceremony. "It would be easy of some people not to give of themselves. But the thing that I've admired most about the Sabans, beyond the national championships and the positive impact they've had on the gridiron, is what they've done for our community. And I know as a citizen of Tuscaloosa, that's what I will hold dear about their legacy in Tuscaloosa."
Nick's Kids and Alabama Forever partnered to build a playground valued at $70,000.
Nick and Terry Saban started Nick's Kids in 1998 while Nick was the coach at Michigan State with the intent of helping to support children, family, teacher and student causes.
Alabama Forever was created in response to the damage done on April 27, 2011 and has donated more than $300,000 to communities throughout Alabama.
"This looks like a great facility for young people," Nick Saban said. "We're glad to contribute a small part of that, which is the playground. And if it makes one child happy, then that makes us very, very happy that we were able to make some contribution to do this. But I really want to emphasize that there's a lot of people who have contributed to helping Nick's Kids be able to do some of the things that we have in the community.
"This is very important to us to give back to the community. I hope everyone teams up and continues to help support the community in a way that we can continue to make progress in our recovery.”