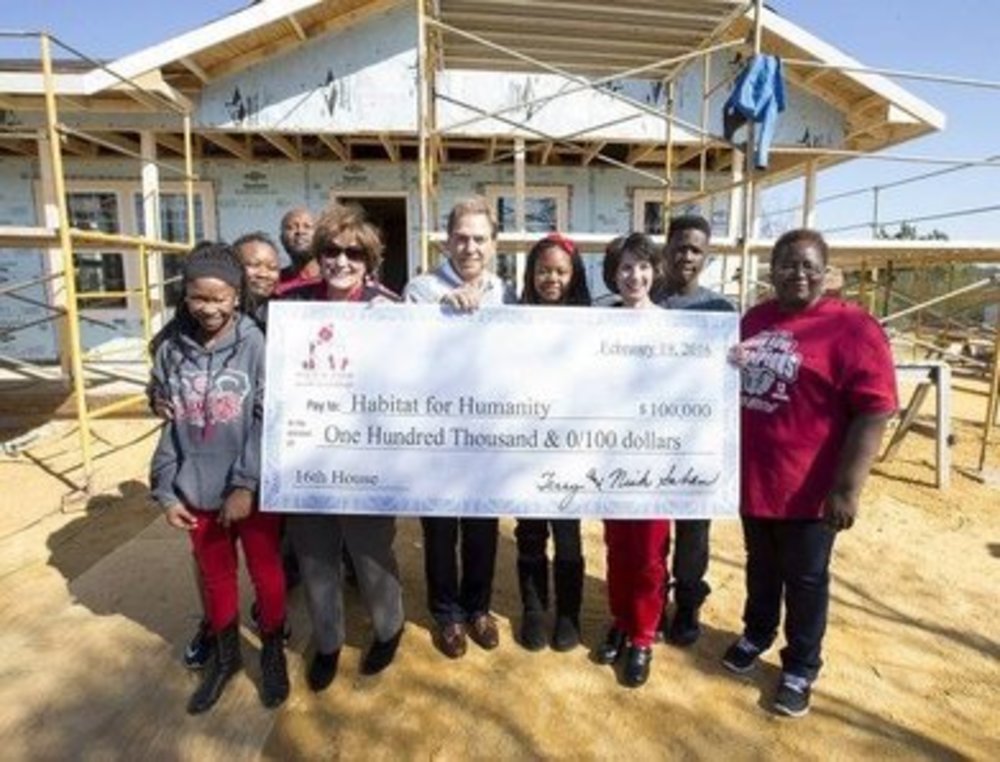 Coach Nick Saban and his wife Terry, through Nick’s Kids Foundation, built a 16th home in Tuscaloosa as a part of the 16 for 16 Project with Habitat for Humanity of Tuscaloosa.

Nick’s Kids Foundation gives thanks to major contributors of the project, Mike Brunner, Farid Rafiee and David and Lynn Gwin, who stepped up immediately to help build house No. 16.

“This project is a true testament of the limitless possibilities when our volunteers and Nick’s Kids members commit to make a difference in the lives of others,” said Terry Saban.
The new homeowners will be the Anthony Taylor family. Taylor works all night as a bus driver at the university, has a newspaper route and is studying at Stillman College to become a minister. His family includes wife Angel, and two children: 12-year-old Zion and 11-year-old Zaria.

“I know if you stay true (to) God, his blessings will continue to come,” Anthony Taylor said in a release. “Thank you to Coach Saban, Ms. Terry, their family, Nick’s Kids, and to Habitat for Humanity. Roll Tide.”
​
“We are so proud of our football team and grateful to them for allowing us to honor their efforts with this labor of love on House Sweet 16,” Terry Saban said.